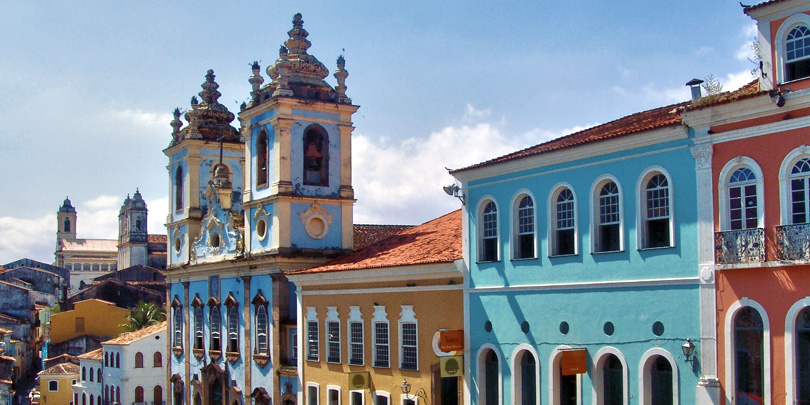 At the Largo do Pelourinho 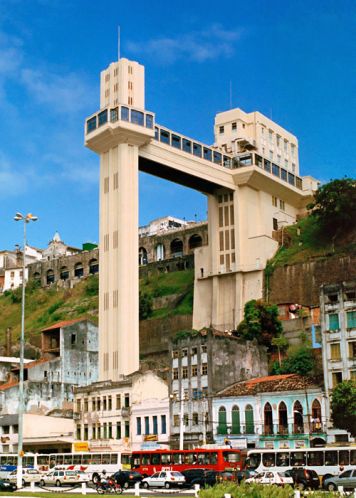 After breakfast our guide will pick you up to visit Salvador's historic center. Salvador was the first capital of Brazil and for decades the economical, political and cultural center of country. The city, that today host a population of about 2.5 millions, is still showing reminiscences of its colonial heritage. More than 300 churches, fortresses from the 16th and 17th century, palaces and luxurious mansions are testimonials of the history. A variety of festivities of different religious groups, the syncretism is very characteristic, presents a special attraction. Promenade over the Pelourinho, the historical center that was taken under the monument protection act by the UNESCO in 1985. The name Pelourinho refers to the dowels on which the slaves were chained and flogged in the public. Alongside the more than 800 motley colored, restored residential mansions dating from the 17th and 18th century, bars, handicraft stores, museums and the following churches are worth seeing: the gold decorated Convento de São Francisco (1708-1723) at the Largo Cruzeiro de São Francisco, the Catedral Basílica (1657-1672) at the Terreiro de Jesus, as well as the Nossa Senhora do Rosário dos Pretos (1704-1796) at the Largo do Pelourinho, a church particularly built by and intended for slaves. Ride with the Elevador Lacerda, elevator from 1872, 72 m high, to the Cidade Baixa and visit of the handycraft fair Mercado Modelo. 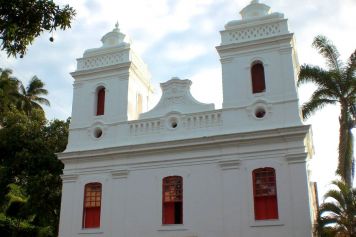 The 18th century architectonical complex of Solar do Unhão, originally comprehending the master house, chapel, slave quarters, warehouse and piers, is also most interesting. The Solar received and shipped the sugar cane that was harvested in the Reconcavo region. Today the Museum of Modern Art featuring Brazilian painters as Di Cavalcanti, Portinari, Tarsila de Amaral, makes also part of the complex. Also a great place for lunch, dinner or just a coffee-break Return to the Hotel for overnight. 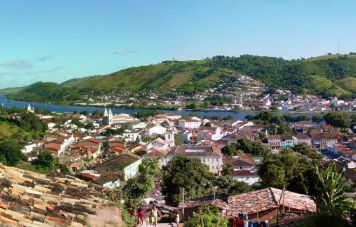 Full day excursion to the historical towns of Santo Amaro and Cachoeira, which are located 116 km away from Salvador on the banks of the Paraguaçu river. During the sugar cane boom in the 19th century, Cachoeira was the economic capital of Brazil and seat of the Bahian State government. Worth seeing are its historical buildings and churches: the Casa da Câmera e Cadeia (1698/1712), the former seat of government of Bahia, nowadays city hall, the Praça da Aclamação with the Igreja da Ordem Terceira do Carmo (1695/1745), with its golden altar and Portuguese tiles, and the Nossa Senhora do Rosário (1693/1754). Lunch and promenade at the Fazenda Rial, surrounded by Atlantic rainforest, waterfalls, lakes and creeks. In the afternoon visit of the Dannemann Cultural Center in the cigar factory of Cachoeira. The manufacturing of the world famous Brasil cigar, alongside the Havana, recognized as the world's best, can be observed here. Of course, the products also can be purchased.
In the evening you return to Salvador. Overnight at Casa das Portas Velhas. 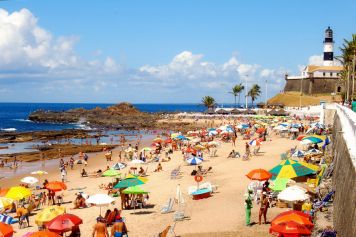 No plans for the morning. We suggest you go to the beach or check the many handicraft stores for typical souvenirs around Pelourinho.

End of our services or extension

If you like more action you may want to undertake an outstanding trekking and hiking adventure through the table top mountains in Chapada Diamantina National Park. 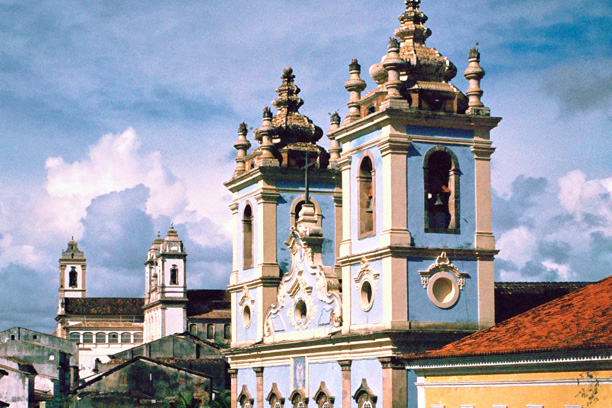 Once each year we show you cultural highlights like the Afro-Brazilian heritage, ultra modern Brasilia, bustling Rio and charming Paraty, the colonial gem. 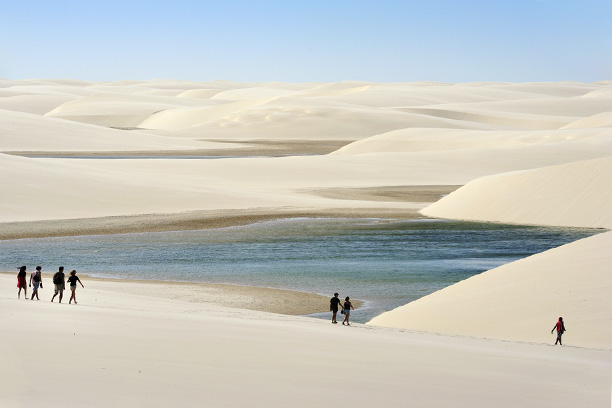 The magical sand dunes of Lençois Maranhenses National Park, stunning nature scenes between river and ocean in the Rio Parnaíba Delta, and Serra de Ibiapaba with its national parks Ubajara and Sete Cidades with its tabletop mountains and breathtaking waterfalls. 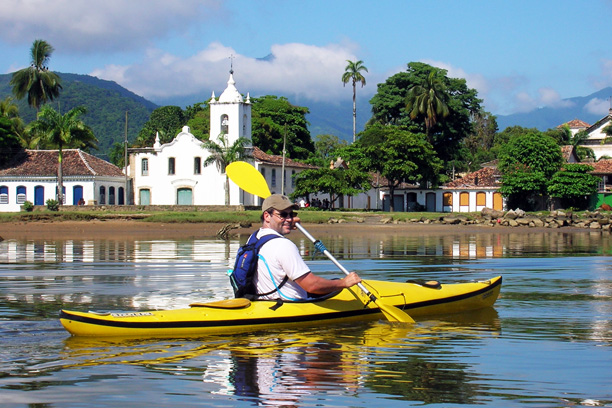 An activity package in spectacular scenery, tropical coastal rainforest, island and dream beaches off Paraty, chat with the Guarani chief and social actions. 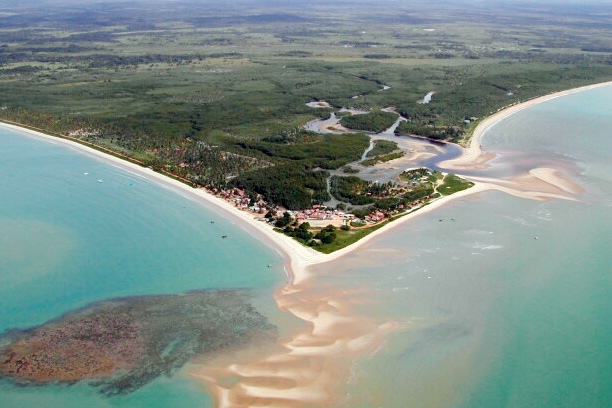 The ideal place for honeymooners and philosophers: far off the beaten track, Ponta de Corumbaú offers starry nights in hammocks and a great get away.